My dearest friends, all who visit here, all who read silently and tiptoe away,

Recently, I been dealing with a big heartache. Because o' that, I had to dig deep down in me to figure out what been causing problems in me soul. I didn't have to go too far. Instinct, and joining the dots, been telling me what I need to know. Telling me why I been so scratchety...cross.

I got to forgive meself plenty.

I got to stop fussing about, sit down in silence, write in me notebook, pin down thoughts and insights, to learn again, how to be me true self again.

Li'l bit, I reach out to friends and they help me to clear the clutter.

I read somewhere: there are no mistakes, there are only lessons, and the lessons are repeated until they're learnt. I like to think I does learn fast-fast.

Anyway, I been writing on me newsletter too, the one at neenamaiya.substack.com.

Happiness in a place of nothingness.

Howdy, as Auntie M., my mother’s cousin would say. Howdy! Life good? (Hope you don’t mind if I drop in a li’l bit of local lingua now and then. I will email you my thoughts about this local dialect another day.)

Question: how do you find your happy self in a situation that’s breaking your heart?

After I returned home, I eventually found a way, though I must confess, it wasn’t without some struggle.

The journey home was Hawrrible. I shamed myself. On the plane, I was sitting next to the most handsome cricketer from the English team. (No, I ain’t naming names). He tried to chat with me. Stupidee me start bawling like I been planning to be de next big waterfall of Guyana.

My father had died a few months ago, and I was going back home because my mother would be alone. All our family -  siblings, cousins, aunties , uncles, had migrated to the lands of hope and glory, maple syrup, deer and antelope. I felt as though I were rewinding my life.

Scenes flashed by in my mind as the plane flew away from the jewel of the Caribbean, bye-bye blue ocean, beaches, cafés, breathtaking views from restaurants on cool, mist-draped mountainsides, friends, a job in the creative field.

Hello broke-up, mash-up, peel-up country, the second poorest in the Caribbean. I’ve heard it was The Poorest at one time.

I was returning just after elections. The second election after almost 30 years of no democracy. Over the phone, my mother had told me what to expect. Political turmoil, burning, looting. I was terrified of the drive home from the airport. It was a long, dark, lonely drive. Every type of “what if” spiraled within me.

Yet, I learned to love home again.

Years later, a Nigerian medical student in Guyana told me that the first time she scouted around town, she thought a disaster had hit the nation and the people were just recovering. I laughed. As I’ve said, my conversation with her was years later; by then I had discovered many delights.

Lawd. What did it say about me, learning to find joy in a place like this? Did it mean that I had learnt to settle for less? That apathy had sunk her claws in me; that achievement was for those who had gone to green pastures?

I smell lunch burning, I’d better go have a look. I will email again another Sunday. Remember, you’ll hear from me every other Sunday.

Mean time, tell me, nah? How do you find a way to be happy in a place that offers nothing? 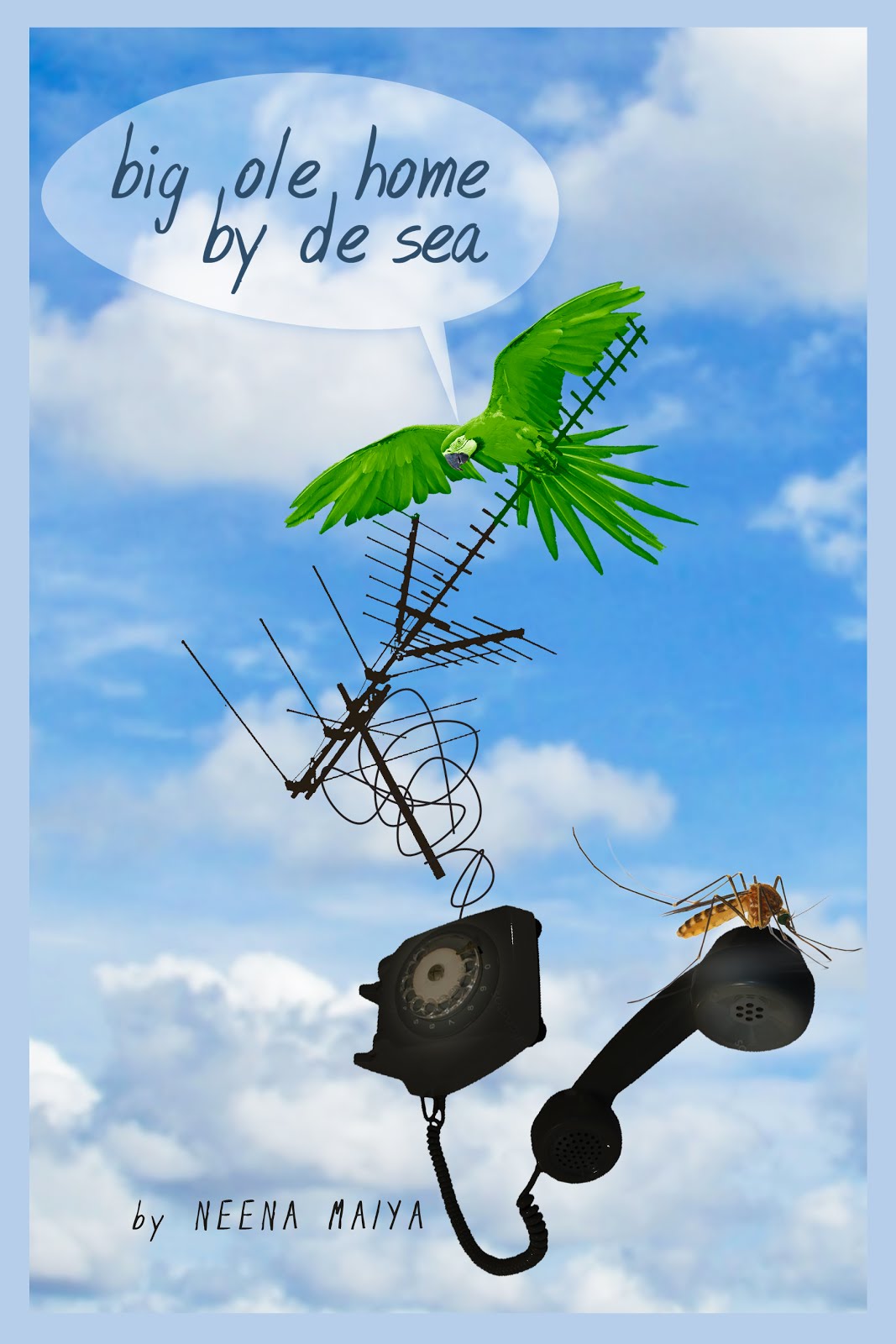